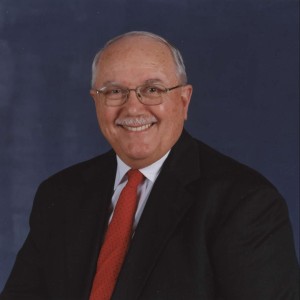 ﻿﻿Some of the world’s biggest companies, like Amazon and SpaceX, are looking towards space for the future of the Internet. Satellite-based Internet is a nascent enterprise, but analysts believe that broadband Internet beamed to Earth from orbit could be a massive business within the next 20 years, earning hundreds of billions of dollars.

Attention has focused on the “space” part of “space Internet,” with news stories focused on the rocket launches getting SpaceX’s Starlink satellites into space and how Amazon plans to catch up with satellites of its own. But all of these satellites will need transceivers on Earth to send and receive data. Scientists at the Tokyo Institute of Technology and Socionext Inc. have built a new one that works with the next generation of Internet satellites.

What are transceivers? Unassuming pieces of technology, they are some of the least-flashy but most important components in history. A transceiver is a device that can both transmit and receive signals, hence the name. Combining a transmitter and a receiver into one device allows for greater flexibility, and since their development in the 1920s, they’ve been used to reach remote locations. One of the earliest transceivers, invented by the Australian John Traeger, was used to help doctors reach remote villages.

The new transceiver, designed for space internet technology, was developed at Kenichi Okada's lab at Tokyo Tech and presented recently at the virtual IEEE Radio Frequency Integrated Circuits Symposium. The new device has several improvements on both the transmitting and receiving ends of the business. All of these developments are geared toward providing Internet access in rural and remote areas. At only 3 mm (0.118 inches) by 3 mm, the transceiver can communicate with satellites over 22,000 miles above the Earth’s atmosphere.

On the receiving end, the transceiver uses a dual-channel architecture. That translates into two receiving channels being able to attain signals from two different satellites simultaneously. If there’s ever any interference, be it from a malicious actor, a satellite breaking down in space, or the odd solar flare, it can effortlessly pick up another signal.

Stopping Interference. It can also handle one of the worst issues to plague any transceiver: adjacent channel interference or ACI. ACI occurs when a signal sent on one channel begins to overlap with another, adding noise and interference. The new transceiver’s dual-channel architecture can stop ACI at the source. Any interference is eliminated by adjacent channels. ACI is the type of problem that can frequently occur in remote areas, and eliminating it allows the device to extend its range even further.

On the transmitting side, Okada says that the device’s “transmitting power was the biggest challenge” for the new transceiver. Not only does it have to work, but it has to be cost-effective for companies like Amazon and SpaceX to show any consideration.

Who This Helps. It’s not just space-based Internet that could benefit from the design that Okada and his team have developed. Okada says that balloon-based Internet, the type currently being implemented by Alphabet’s Loon in Kenya, could also use this improved transceiver.

In emergencies with inferior to non-existent Internet, the type that Loon, Starlink, and now Amazon’s Kuiper want to solve, every advantage can count. And now, one of the most significant advantages might come on the ground.
﻿﻿
This article is provided via our content partnership with Technology This Week, a weekly technology-focused newsletter written for the average reader rather than technologist. This article comes from Issue 7-38, which includes the following:

The PROBLEM with Being the Best

What are you doing to compete with the large firms in your market? See how Simon Sinek uses Starbucks as an analogy to explore this topic. Time to #transformaccounting
﻿﻿

Welcome to the Center for Accounting Transformation. We #improvetheworld by accelerating the transformation of the accounting profession.

We are thrilled that you’re here!

We’re pretty excited about what we’re creating here together in the Center for Accounting Transformation.

Next Steps
This is your very own private community. You can follow topics or join groups that might interest you so that you can get notifications for new activity and have it populate on your activity feed. We post 2-3 articles a day. So that we don’t disrupt you, you may want to manage the notifications you receive. When you're on the web, you can adjust the notifications you receive by clicking on your profile photo or initials (in the upper right-hand corner) and selecting Notifications. If you prefer less frequent notifications, maybe select “weekly digest” but you don’t want to totally turn off our notifications as you’ll miss the articles and event information that we share. Just like other social sites, you can tag another member in a post or comment, message a member, or even follow a member.

You'll notice a few other spaces: Audit Transformation, Finance Transformation, Tax Transformation. These are premium spaces for paid membership. Here, you'll gain access to instructors, other like-minded professionals with open discussions of the subject, and additional resources to help you #EnableTransformation. Receive a free 90-day access with any of the courses we offer within that space (non-stackable)! Or you can sign up for a subscription for only $10/month or $100/year to each of our community spaces. Save even more by subscribing to all three community spaces for $20/month or $200/year! Contact us to get started.

Our Community Guidelines
We need your help to keep the Center for Accounting Transformation as valuable, authentic, and safe as possible, we have established a few guidelines.

Here are our guidelines:

Be supportive. Encourage and support your fellow members (#EnableTransformation). No one  is looking for criticism, cynicism, or judgement. (We can get those things on the rest of the Internet).

Share generously. Your stories and experiences may be exactly what another member needs to hear today to solve a problem or seize an opportunity.

Be constructive. We’re here to push each other forward (#AccelerateInnovation) and lift each other up. Let's find ways to help each other think bigger, reframe challenges, and explore new solutions and approaches.

Don’t spam, promote, or troll. This community exists to help all of us learn. It’s not a place to spam, promote your services, or bully anyone else.

Hopefully, these should be easy agreements. If you think you’ll be unable to abide by these guidelines, let us know and we’re happy to remove you.

That's it!
With those two simple things, we invite you to start exploring the Center for Accounting Transformation. Now that you've set your notifications and joined some groups, we want to meet you! Check out some topics and feel free to react or comment.

Hopefully everyone updated their business continuity plans for this type of event. This type of risk counterbalances the benefits of #remotework and the use of #cloudapps, and luckily doesn't happen a lot. Consider also the scenarios of a blackout, ISP outage, and traditional natural disasters when updating your business continuity risk assessments. #managerisk
﻿﻿

Why Google Workers Formed a Union

Professional workers forming a minority union due to ethical concerns with management... Could this be the "modern" reason for unionization of knowledge workers? #betterbizculture
﻿﻿

80% of US Workers Lack High Resilience

Is your staff resilient? This article provide some powerful tips that are easy to implement to help build that resilience at work. We pleased to say that our firm has already embedded many of these practices into work style and we believe it had increased our level of #trust and #teamwork greatly. #betterbizculture #employeeengagement #askmehow
﻿﻿

ACCA Finds Mixed Views on Diversity in the Accounting Profession

D&I has been an interesting issue to follow. In the US, our #CPA profession has been promoting the need for D&I a lot but hasn't provided good guidance on how to actually measure and implement D&I programs--thus the lack of action. #betterbizculture #diversityinclusion
﻿﻿

They is Why You Don't Succeed

This was a thoughtful and logical explanation of the impact of social media and behaviors we all need to change for ourselves and the people in our lives. Provides good insights on some of the challenges of the perspectives of the millennial generation and what we all need to do to help them understand the realities of the workplace. #betterbizculture
﻿﻿